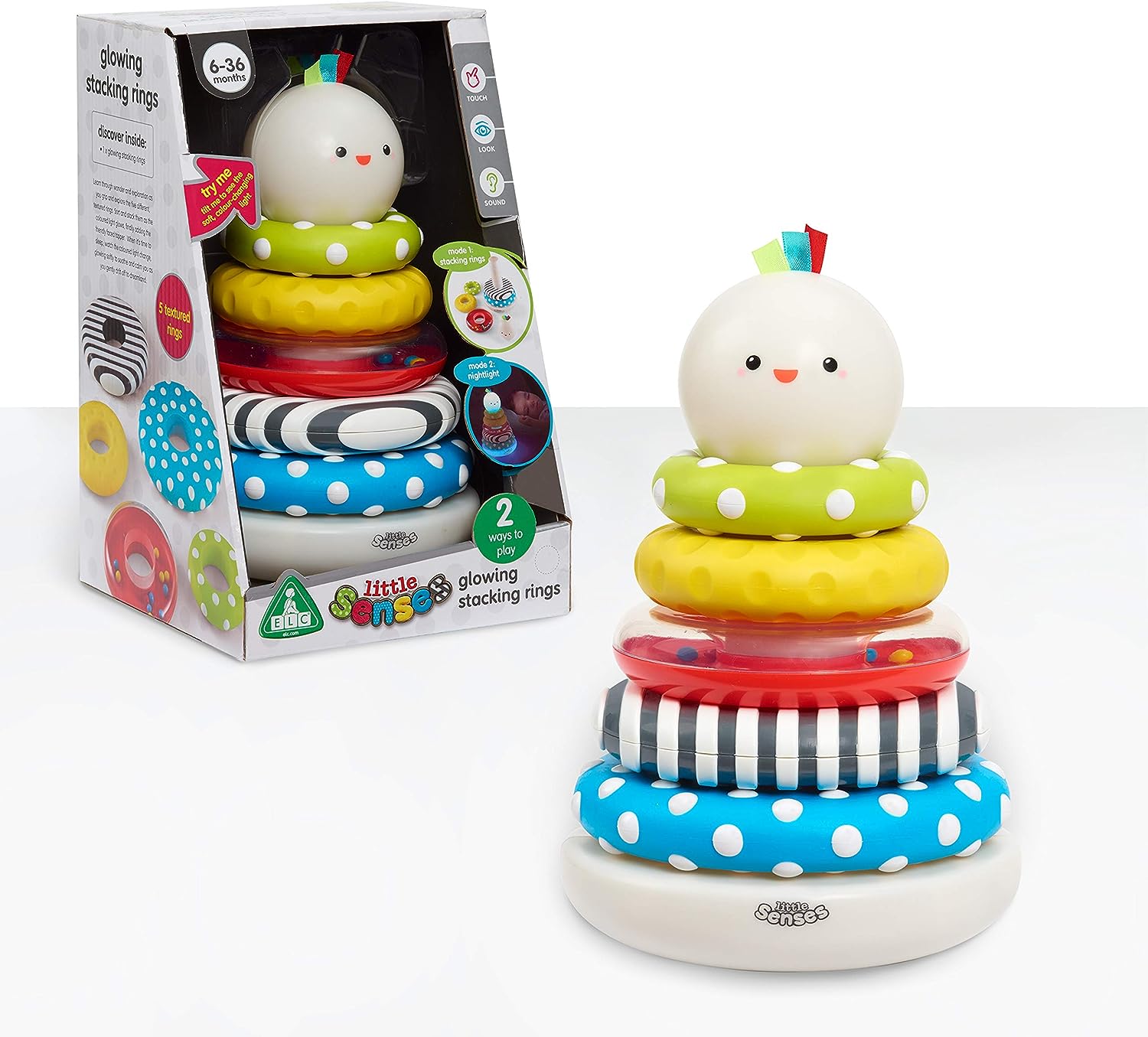 Enjoy hours of stacking fun with the Little Senses Stacking Rings. These brightly colored rings are bursting with engaging textures and tactile finishes. Place the character on top of the stack of rings and watch as his face lights up. Enjoy the color-changing lights as they glow gently from the base. Learning and honing those problem-solving skills has never been so fun! Your child will love discovering each of the two ways to play. As stacking rings, they can stack the textured rings and see their soft, color-changing light. At nighttime, the rings double as a nightlight, providing 10 minutes of soft, color-changing light to sooth and calm. Requires 3 x AAA batteries (included). Ages 6 months + Early Learning Centre is based in the United Kingdom and has been designing and developing high quality, innovative toys since we were established in 1974. We are proud of our heritage and, as a leading specialist of childrenâs development, we promise to always strive to be that little bit better, and that little bit different.

We will never send you any content that is not ECFR related. We will store your email address and your personal data as detailed in our SUUNTO Dive Bungee Boot.