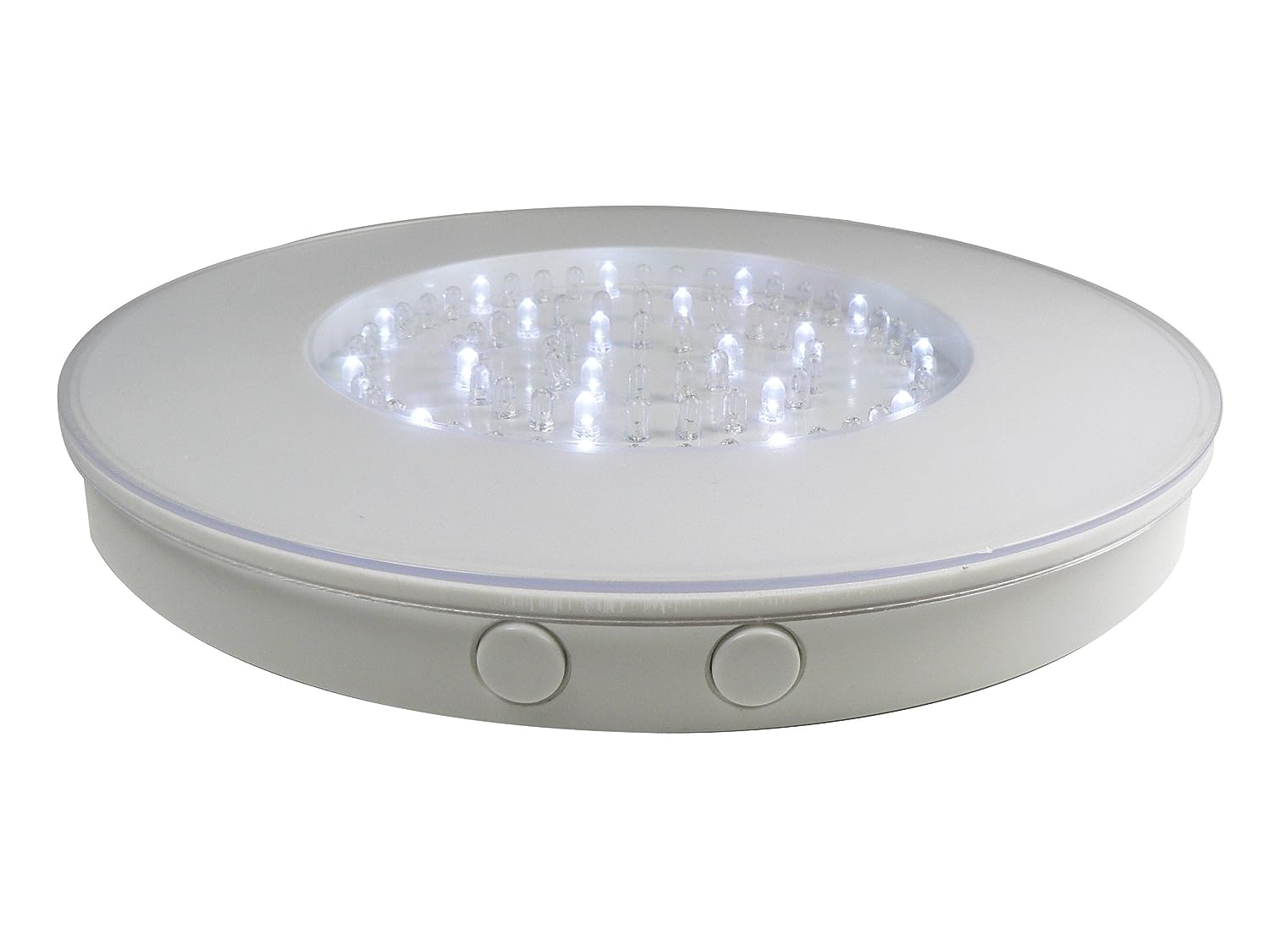 The Fortune LB-RGBW-10 80-LED light base contains 80 LEDs in red, blue, green, and white, 20 in each color; measures 1" high and 10-1/4" in diameter; and can be used to support and light up a flower vase, a glass sculpture, a liquor bottle, or a similar object. Five color-changing modes allow the light base to rotate through colors or display a color of choice. A removable, clear plastic lid can be used to support small objects on the light base. The light base can run for up to 15 hours on eight AA batteries (sold separately). A 6V DC jack allows the light base to be used with a Fortune Products ADAP-LLAS1000 variable power adapter or a Fortune Products BPP-3201-4 battery power pack (each sold separately).

Great for up-lighting under large flower vases, ornamental glass and acrylic objects, liquor bottles, large plastic cubes and cylinders and other props. This 10â diameter light base has a total of 80 LEDs with 20 LED lights in each color: red, blue, green and white. It has 5 color-changing modes or can be set on the color of your choice. Use either 8 x AA batteries (not incl) or a 6V D/C adapter (sold separately). 15+ hour battery life.

We will never send you any content that is not ECFR related. We will store your email address and your personal data as detailed in our American Metalcraft SQ1410 Square Deep Dish Pan, Aluminum, 1" H,.